Peter Hepworth is a singer/songwriter based in Suffolk who released his first single ‘Pale Blue Blankets’ on all platforms on the 26th April 2019 and to a sold out launch in his home town and has since been downloaded/streams over 100k times. In the past ten years he has shared the stage with the likes of Matt Cardle, Beth Orton, Bastille, Turin Brakes, To Kill a King, Luke Concannon, Seasfire, Tom McRae, Jamie Lawson, Sam Brookes, Scott Matthews, Kal Lavelle, Jake Morley, Fiona Bevan, and many more.

END_OF_DOCUMENT_TOKEN_TO_BE_REPLACED

Join the U.K.s premier Doo-Wop quartet, The TestostaTones as they take you on a musical journey detailing the history of Doo-Wop.

During the early 1950s, quartets sung on street corners, in barbershops and churches in a style which became known as Doo-Wop, paving the way for rock ‘n’ roll. As the groups moved from the streets into recording studios, so the popularity of the genre grew.

Along with radio disc jockey and your host for the evening Chuck Anderson, The Testosta-Tones (who have sung for the Queen, live on Radio 2 and at some of the most iconic venues in the U.K.) will perform such popular songs as Blue Moon, Earth Angel, Why Do Fools Fall in Love, Runaround Sue, Teenager in Love and many others, presenting ‘The Story of Doo-Wop’.

END_OF_DOCUMENT_TOKEN_TO_BE_REPLACED

Big Mama Funk will raise the roof of the Two Sisters Arts Centre to celebrate the launch of WAMfest, with a soulful mix of gospel,  funk and R and B  to get you dancing and even singing along to all your favourites including Aretha Franklin, and many others.  ‘My absolute favourite thing to do is make your event unforgettable!  I’ll guarantee to provide you with classics like Aretha’s “Respect”, Luther’s “Never Too Much”, Michael’s “Rock with You”,  Bruno’s “Uptown Funk” and more!’

The Ukelele Ladies – a brand new ensemble, specially formed for WAMfest, will greet you when you arrive.

Big Mama Funk will raise the roof with her mix of soul gospel and funky songs.

Light snacks and a wine, beer or soft drink is included to start off our celebration of women’s creativity with a bang!​

Please note:  The bar is cash only.

END_OF_DOCUMENT_TOKEN_TO_BE_REPLACED

The Rosina Hepburn Band is a swinging jazz group based in London featuring Reuben Ard – Piano, John Williamson – Upright Bass, Andreas Ziarkas – Drums and Rosina Hepburn – Vocals . Past performances have included playing in the Clore Ballroom of the Royal Festival Hall on New Year’s Eve, at Ronnie Scott’s, Toulouse Lautrec in London (sold out twice), and playing live on the air for BBC Essex. Their repertoire celebrates the Jazz Divas, encompassing standards from the Great American Songbook of the 1930’s popularized by Billie Holiday, Peggy Lee, Chris Connor, and Anita O’Day. Their debut album, Write Me A Song, is available on CD and streaming services

END_OF_DOCUMENT_TOKEN_TO_BE_REPLACED

UNLEASHED AT LAST!!!
Celebrating a bunch of musicians who kept the music alive at Lady J’s Zoom Busks – TOGETHER IN PERSON FOR THE FIRST TIME!!
Expect dancing, sing-a-longs and audience percussion!!

END_OF_DOCUMENT_TOKEN_TO_BE_REPLACED

Gloria Picton invites you to try a little flamenco from her home country of Spain, the dance of passion. Gloria has been teaching for a number of years.

END_OF_DOCUMENT_TOKEN_TO_BE_REPLACED

THIS EVENT HAS BEEN CANCELLED

Due to circumstances beyond our control

END_OF_DOCUMENT_TOKEN_TO_BE_REPLACED

An evening of poetry in tribute to Frank Wood hosted by Felixstowe Poetry Cafe.

Florence Cox & Suzanne Hawkes will be ‘in conversation’ with their memories of Frank and will read some of his poetry.
There will be an open mic session for others to contribute poems about or inspired by Frank himself, or about the inspiration others have made in their lives.

END_OF_DOCUMENT_TOKEN_TO_BE_REPLACED 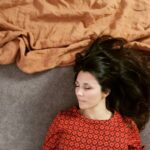 Belinda Gillett is an indie-folk artist from Suffolk whose voice regularly draws comparisons with Sandy Denny, Joan Baez and Weyes Blood. She creates atmospheric, ethereal, vintage landscapes with her honest songs of love, nature and life and cites Nick Drake, Radiohead, The Sundays and Frightened Rabbit among her influences. Kevin Pearce is a Songwriter from Essex. He has received plaudits for his work from The Independent, The Guardian and Mojo magazine as well as receiving BBC Radio 2 and BBC 6 Music support. His music has been used on HBO programmes in the USA as well as BBC TV shows here in the UK. Belinda & Kevin have recently collaborated on her new single Oh Love